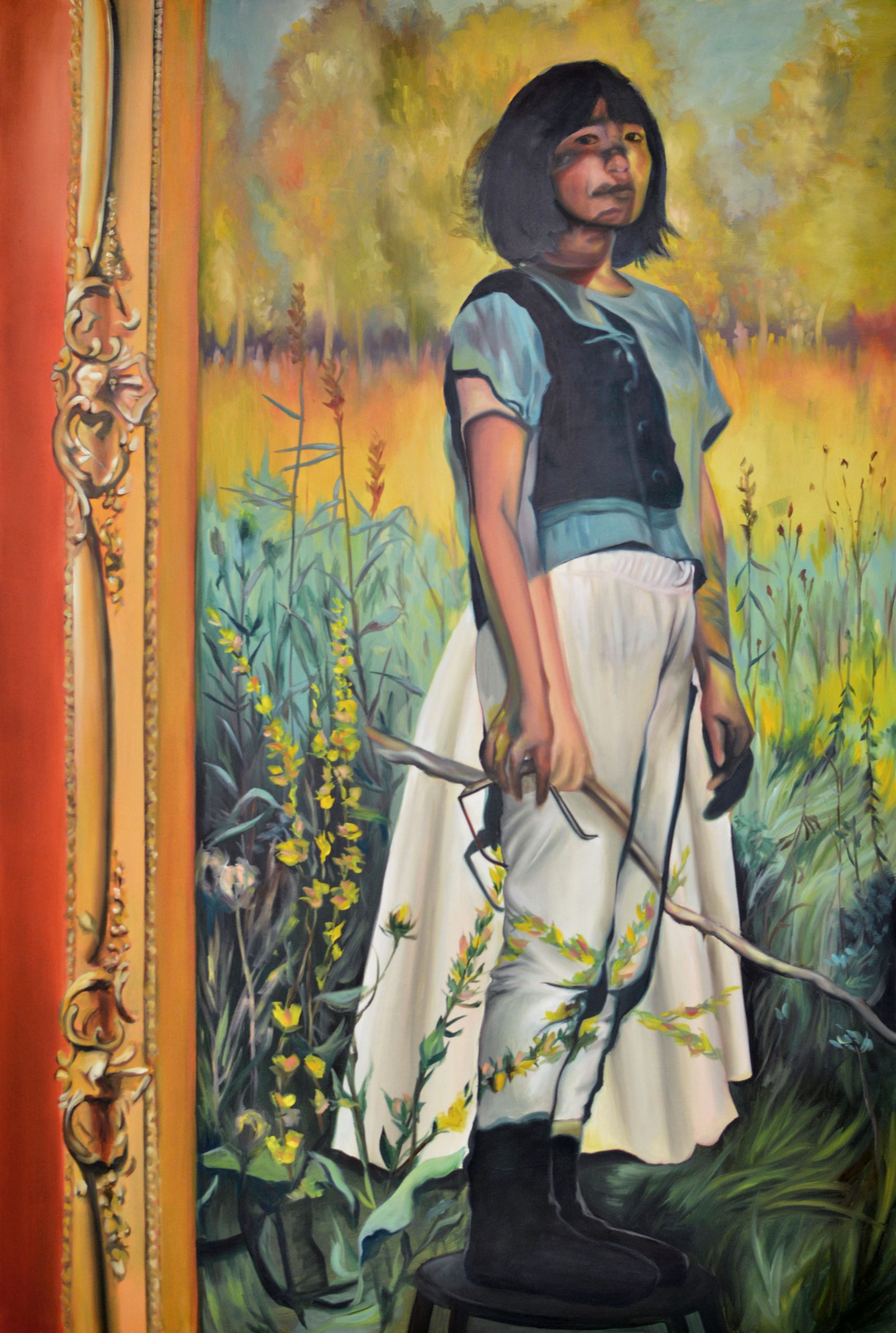 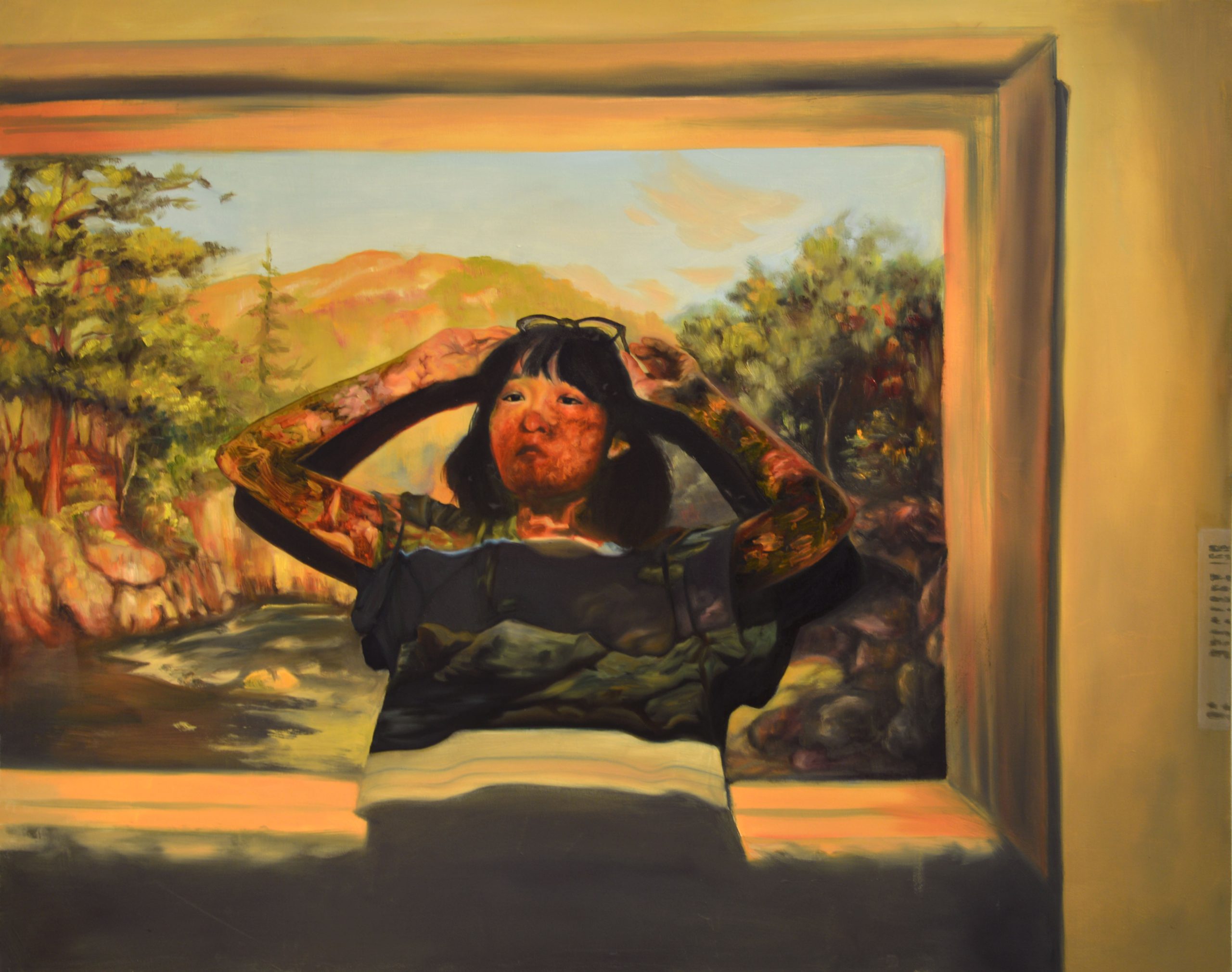 Finding Myself in the MMFA
oil paint on canvas
2017

Landscapes of the so-called Great White North and its wilderness dominate the collections of institutions such as the Montreal Museum of Fine Arts (MMFA). Although they typically do not feature people, they have come to symbolize the images of this nation’s art, and in turn, the collective identity of the people. In fact, it is that absence of faces that has allowed for assumptions to populate the landscapes: the assumption of terra nulius,¹ the idea that the land has not been owned yet, and so must be taken for the colonial project; the assumption of virility, that ‘our’ survival in these harsh conditions has made ‘us’ a greater people; and the assumption of whiteness, which becomes the default existence for the settler of this country.
My series of paintings, Finding Myself at the MMFA, challenges these assumptions by pointing out their lack through my presence. Each of my paintings in the series features parts of the Québécois and Canadian Art Pavilion at the MMFA projected onto myself. Unable to find bodies like mine, the project aims to insert them through mimetic vandalism. The inclusion of the labels, frames and gallery walls point to an institutional failing, rather than an individually representational one from the original artist. Created in the context of the 150th anniversary of Canadian confederation, the series rethinks preconceived notions of nationhood, identity and belonging.

[1] Terra nulius, Latin for “nobody’s land,” is a declaration that a land can be occupied. It has been used for the colonization of the Americas.