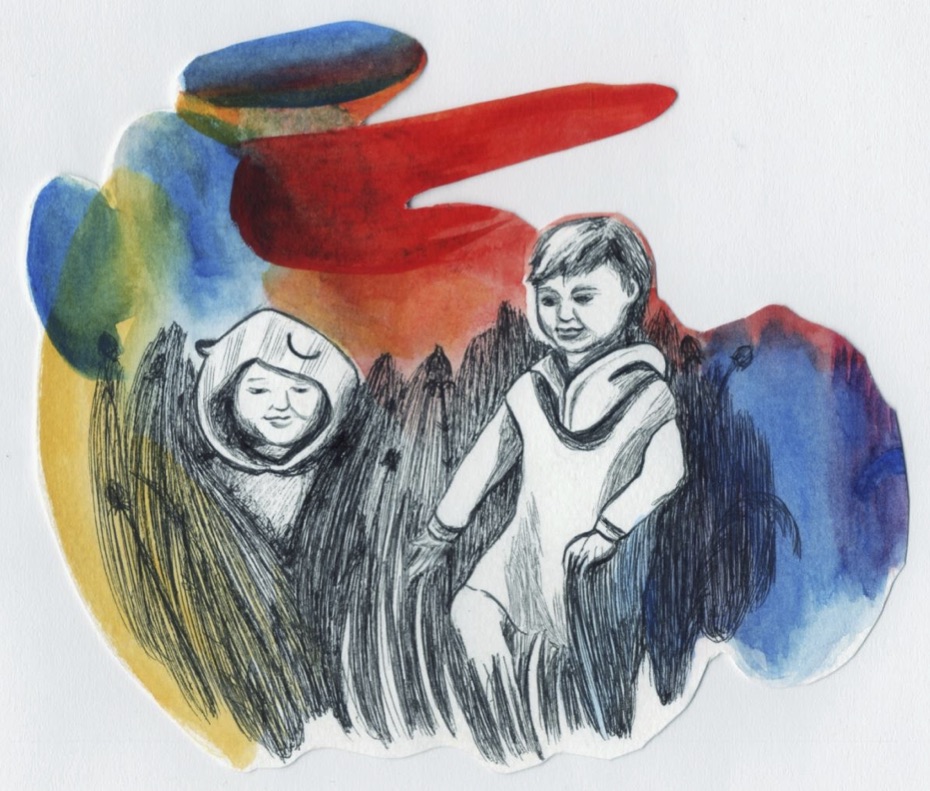 You Can Do Hard Things

Written reflection on the act of transformation in outdoor pre-K

Many types of outdoor education programs exist with varying goals, methods, and populations. My experience in outdoor education is mainly in outdoor preschools, environmental education centers, and guiding backcountry trips. I have navigated this field for the past four years with the help of fantastic teachers, peers, and a good deal of immersion. Throughout these years, I have consistently observed the changes taking place within participants and educators. Transformation took many shapes during my most recent work in 2019, with an outdoor experiential preschool company located in British Columbia, Canada.

For eight months, my role was to develop programs and act as the lead instructor. The learners’ ages ranged between two and five years-old, and most attended the program once or twice a week. We ran three-hour blocks of programming daily, as well as one six-hour block once a week with the eldest learners. The programs took place in a small town, on unceded Sinixt, Okanagan and Ktunaxa land. Our outdoor classroom included a field and reconstructed wetland as well as a small forested grove a 15-minute walk away. The natural settings and seasonal changes influenced the structure of all our programming. Our keystones included respect for each other, respect for the environment, and trying new things. Play, storytelling, and crafts were central to our day while discoveries and inquiry enhanced our routines and future programming. Running our programming mainly outdoors created some constraints but opened a lot of possibilities as well.

Week by week, learners actively transformed their environment into places filled with stories, magic, and artifacts. These were the trails and evidence of our passage. Mud, water, plants, and stones provided abundant material for crafts and inspired many games; the opportunities to experiment felt endless and learners were keen to engage with their environment. They created shelters, made potions, and built pulley-systems. During winter, learners endeavored to fill-in the cracks of tree bark with snow in order to paint them. They indulged me through participating in lessons, such as making cardboard binoculars and playdough forest creatures. Novelty was a key aspect of our programming such that no two days were alike. Planning and preparation were also important, though many activities emerged through improvisation and play. The success of the program was greatly due to engaging with our settings, which kept learners interested and curious. Simple activities opened up new interactions with the environment, enabling everyone to explore and see differently. Transformations also materialized within. The learners were learning to adapt to weather, changing environments, and being part of a group. For many families, it was also the first time they would be apart from one another for a longer period of time. For learners who had attended more traditional daycare programming, they were now adjusting to being mainly outdoors. Initially, some learners were very hesitant to try new things such as jumping in puddles with rain boots or would get easily discouraged when scrambling up a hill. A phrase used by the owner of the company to encourage learners, “you can do hard things”, sometimes fit the situation just right. We used the phrase to encourage each other when rolling down a hill or turning heavy rocks to observe the insect world which existed beneath it. I have internalized this phrase and know learners will also remember it for a long time. These days, it comes to mind when I am apprehending a new or difficult task. Working with this group turned me into a softer, humbled, more easygoing human.

We were fortunate to have access to wonderful natural spaces and learners were eager to respect and nurture them. By routinely visiting and interacting with these spaces, they were also transforming their relationship to the places in which they lived and played. For example, they frequently pointed out garbage and participated in ‘leave no trace’ practices (Leave No Trace Canada, 2009). As main users of these spaces, it was up to us to conserve them. Learners also developed a relationship with the community garden and its members by visiting and planting sunflowers. Their families would tell me about the pride their children felt in the places we’d discovered, the plants we were growing, and the shelters we had created for animals. The learners’ intense caring and identifying with place strengthened by their experiences was an extremely rich process to witness.

Reflecting on this experience raises new questions for me; how is observing and interacting with our environment relevant to art education? How are we transformed by and continuously transforming our environment right here in Montreal? What kinds of materials are readily available in cities and appropriate to use? How are we limited in our use and transformation of parks and school playgrounds? Similarities between outdoor education programs and art education became clear to me while reflecting on my experience. Both aim to create meaningful, novel, and transformative experiences for learners. Both are concerned with the individual as well as the group and fostering a sense of community. Further bridging these two worlds might involve connecting to themes of place through art lessons. Resources like community gardens, guest speakers, documentaries, inquiry-based projects, local architecture, and public art could all help deepen learners’ relationships to the place they live.

The writing of this text took place in Tiohtiá:ke/Montreal, land of the Kanien’kehá:ka Nation.