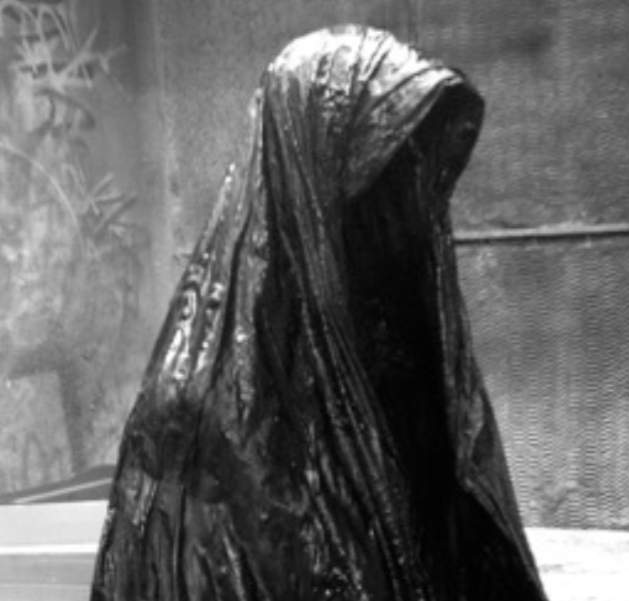 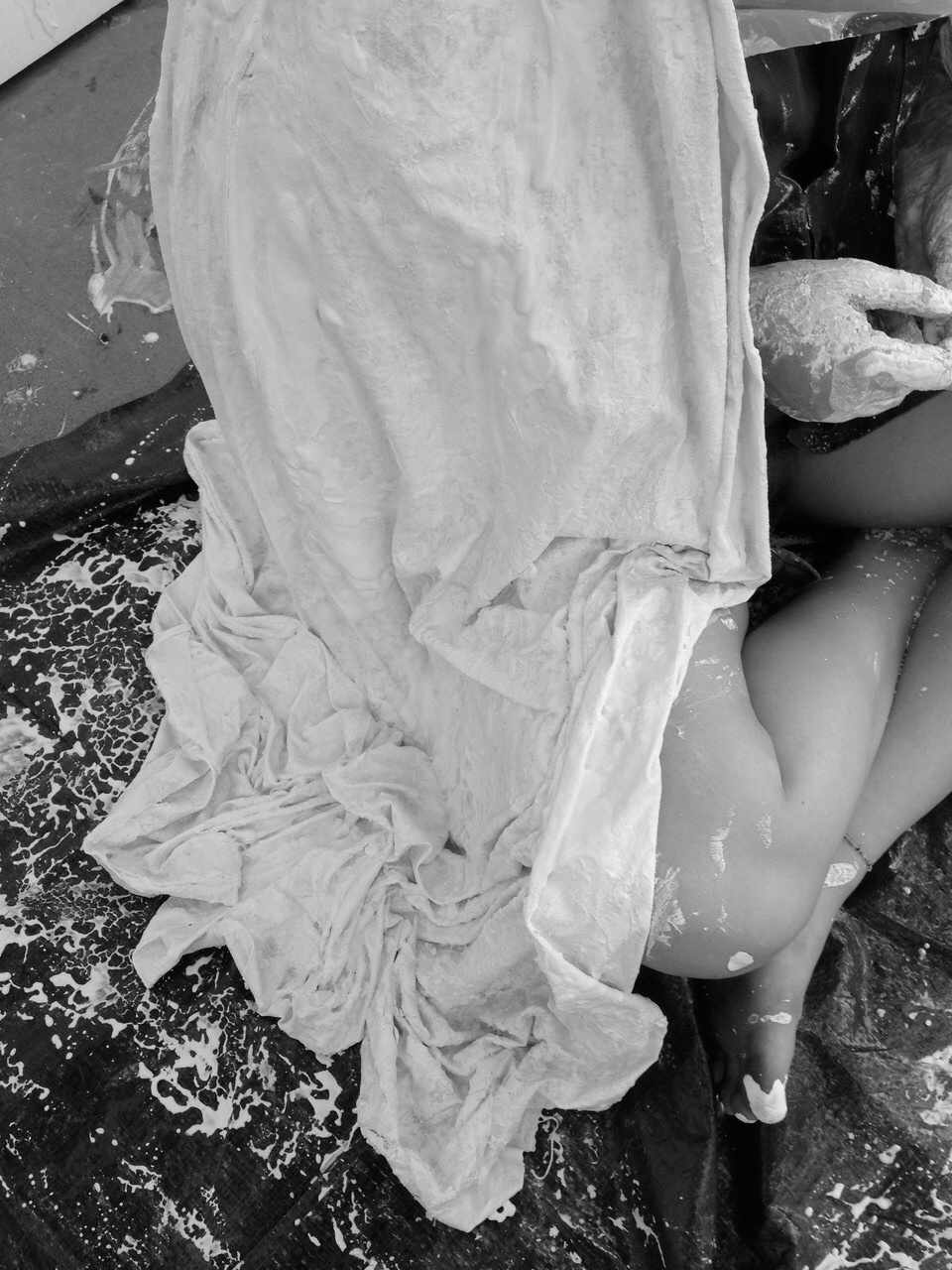 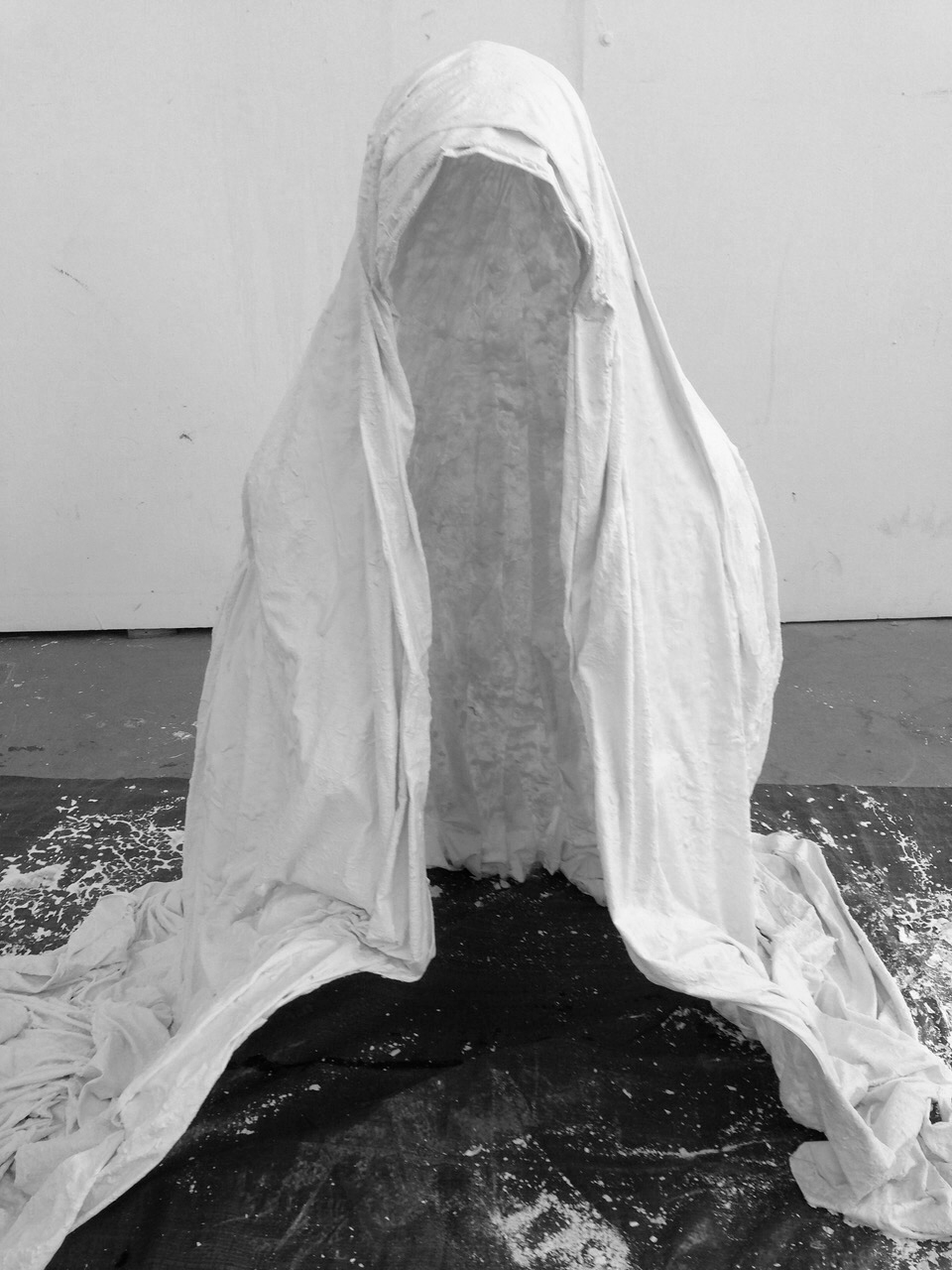 Éva Roy is a French-Canadian multidisciplinary artist who left her Québec City hometown in 2006, aged nine, to move to the small island of Bahrain in the Middle Eastern peninsula when her step-father joined Gulf Air, the national airline. Living in both countries and making emotional ties with realities 10,000 miles apart complicated her sense of identity culturally as well as linguistically. In 2014, Roy was accepted at Concordia University for a BFA in Art Education, marking her return to Canada. Hommage to Bahrain, A Final Farewell (2014) was her first performance piece: she sat silently underneath her sculpture of a plaster hijab, at once close to the culture, yet removed. It was an attempt at linking both countries through a narrative of belonging and loss. Above all, however, it tried to depict the intense heartache of leaving what had become, after almost a decade, home.