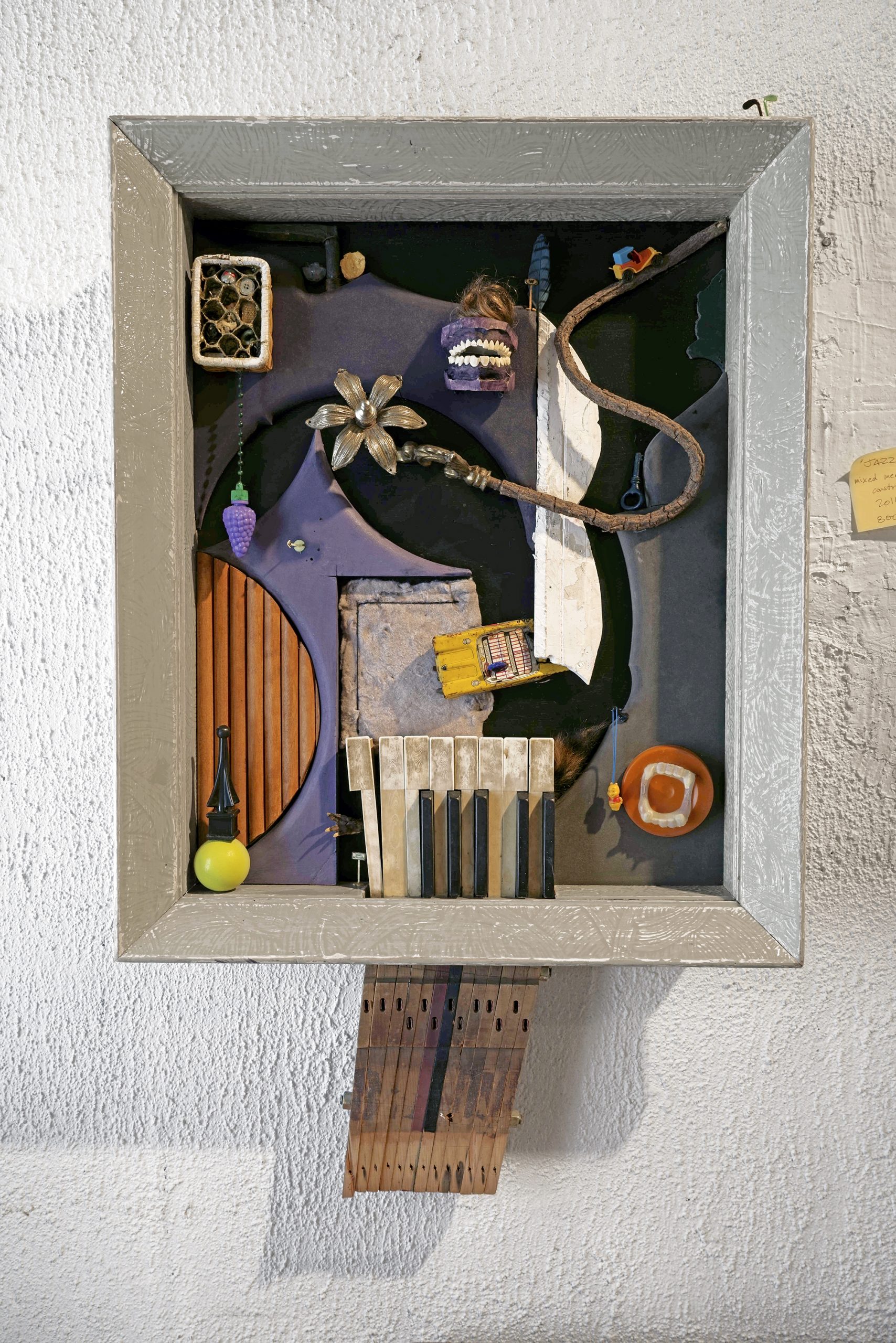 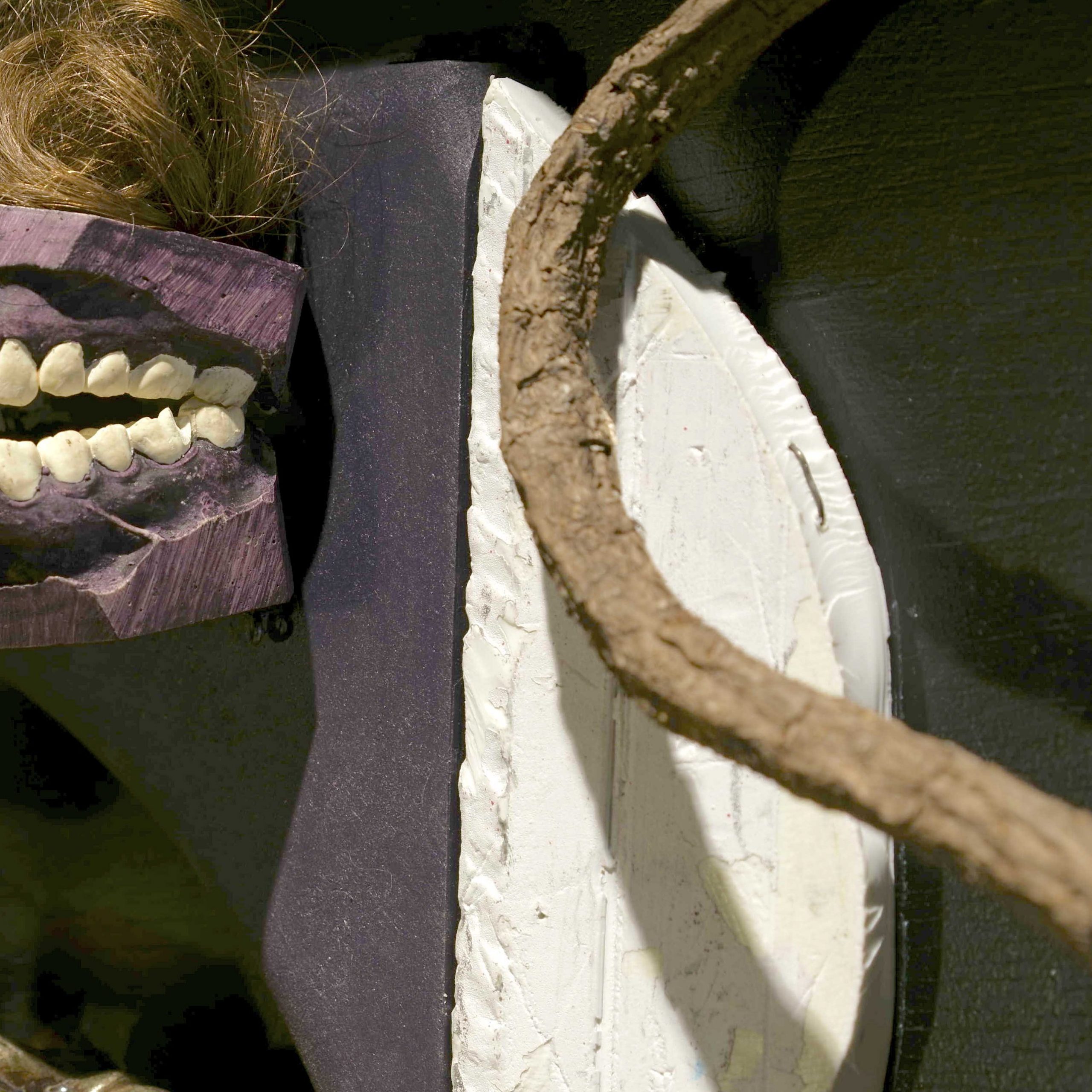 New Jazz brings together unrelated elements to create an improvised world where objects can be active and engaging once again. The title New Jazz refers to the musical form’s understanding of improvisation as a compositional strategy. The majority of the objects used in New Jazz are found or recycled, and improvisation was key to how I worked with them. Such objects were once used and cherished, they moved in one way or another within the rhythm of daily life. When found or recycled objects —cut off from their original context or purpose—are recontextualized into elements of an artwork, they re-gain a sense of belonging, as well as forming new visual or conceptual relationships with other elements in the work.

Influenced as well by similar methodologies inherent in printmaking, collage, and assemblage, I work in layers and merge different elements to create my artworks. Particular attention is placed on materials, their treatment and their physical and metaphorical use. I enter into dialogue with each object I use, summoning its distinctive characteristics to determine what the object will become and how it will be transformed. The transformation itself is often whimsical, establishing a change in appearance or functionality. In the process, the final artwork creates new stories about everyday life, offering the idea that the forgotten detritus of the metropole can speak to its citizens once more.