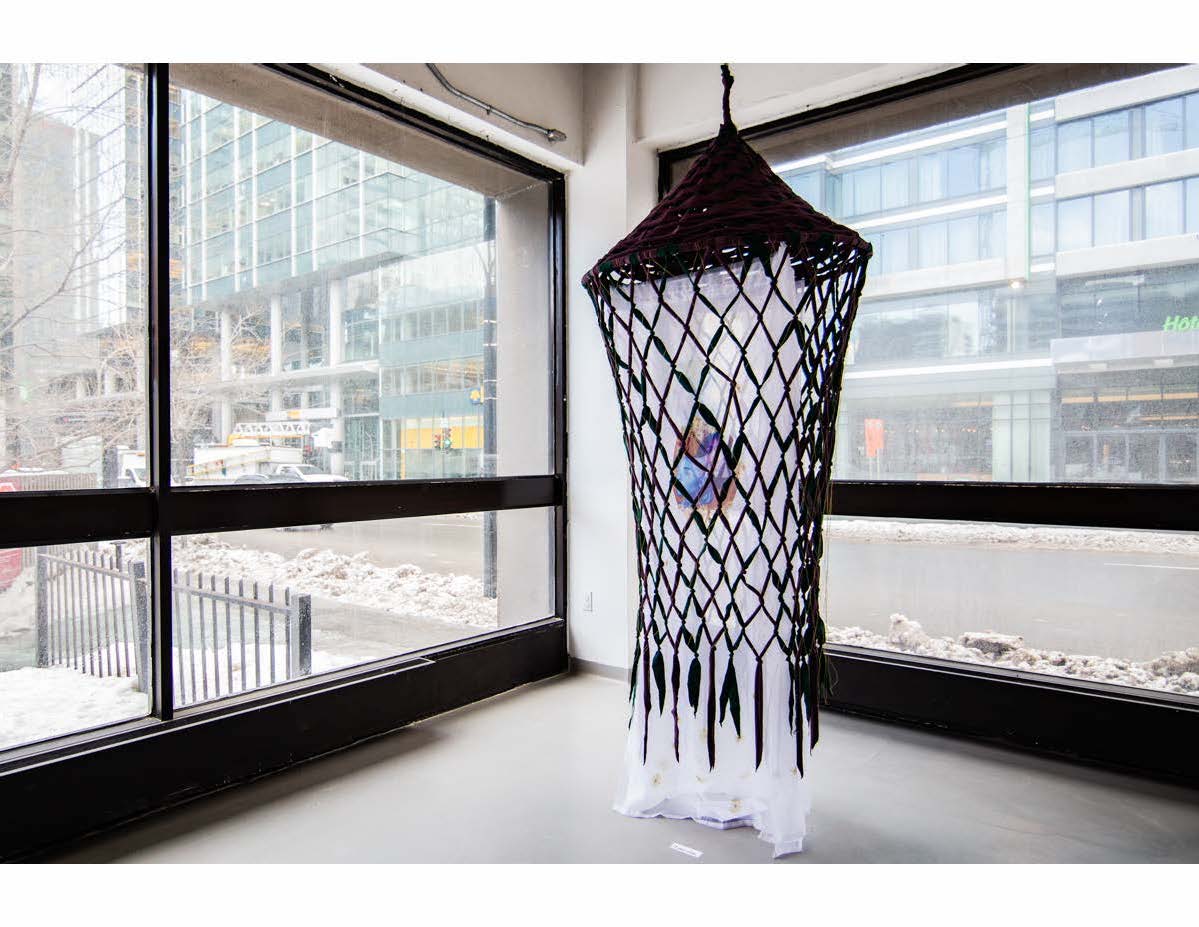 “Once upon a time, in a dimension similar to this one, there lived two very special princesses. Although quite far from one another, a strange situation brought them together. You see, as princesses they both had certain obligations and were under immense pressure to perform their roles. The most prominent and ever-pressing matter being to wed a prince one day. They were often objectified and seen as trophies. It left them with disdain and a bitterness towards their oppressors – but let’s talk about them, the women.” – an excerpt from the short story I wrote entitled Two Princesses: A Lesbeing Love Story.

Fairy tales bring us comfort in their predictability. The opening line sets us up for a story we know will end with, “and they lived happily ever after!” The stories we are told as children are of interest to me; however I am even more interested in the stories I did not hear as a child. We tell ourselves stories as kids, about our lives and who we think we are. We act them out in play. These stories can encourage us to strive for our dreams and pursue our passions, or they can be limiting and box us into a singular idea of who we think we should be.

I grew up in a quiet suburban neighbourhood in the greater Toronto area. As a child I was very protective of my body and shy to expose my figure. The way I dressed could be classified as tom-boy; nevertheless I identified as heterosexual and my first sexual experiences were with men. The majority of my sexual experiences have been with men. Only recently, this past year, an unpredictably strong connection with a woman prompted me to re-evaluate my personal narrative. At this point you might be wondering, who is this person? My name is Joules and I am a queer Latinx artist based in Montreal creating multi-sensory installations. I appreciate the forgiving nature of digital painting while relishing the tactility of the handmade. That being said, I am not afraid to use whatever medium necessary to convey my message. My creativity is fueled by my love life – featuring only myself with men until recently. I make art to give myself time and space to think, to heal, to express love and joy. Art is a meditative process so in developing a romantic relationship with a woman, naturally the focus of my work shifted to my queer relationship. I hope that my art empowers all queer identifying people as I outgrow the hetero-normative narrative I once abided by.

Being romantic with a woman for the first time triggered a lot of big questions about my sexuality. Questions like: “Am I gay now or bisexual?” “How do I tell my family?” “Should I even bother or is this just a phase?” “Could I be pan-sexual?” “What are my motivations for liking women versus men?” I would habitually compare my past relationships with men to my new relationship with a woman and wonder if I was simply attracted to her because we could relate to each other through our shared experience of womanhood, or because of who she was as a human being? I debated the significance of gender in my attraction to her specifically and then more broadly to people of any gender identity.

With all these conflicting ideas running through my head, I was desperately seeking clarity. I wanted simple answers to complex questions and this desire created frustration. I felt like no singular term could define me indefinitely, except maybe “human” (and even that was up for debate). I really thought I knew myself until this unforeseen new love challenged core ideas. Every term felt limiting. Eventually I realized this desire to label myself stemmed from a fear of uncertainty – the desire for stability, when in reality we are fluid beings that go through constant change. The term queer seemed to be the most fitting label as it inherently defies stable identification. As an adjective, queer once meant “strange” or “peculiar;” in this case, though, I am using it as an umbrella term for sexual and gender minorities who are not heterosexual or cisgender. But labels make for generalizations, and there are always exceptions. I sought to create my own language, and a story that left room to grow and evolve. This sexual identity crisis created a need for space – space in which I did not have to define my sexuality so exclusively. Somewhere I did not have to “come out” to anyone as anything. I desired a space in which I could simply exist with my partner and feel peace, acceptance and love.

The origin of my queerness was a question that nagged me relentlessly, so I prompted myself to write an origin story. The result was Two Princesses: A Lesbeing Love Story, a fictitious legend of two women in the face of oppression that fall in love with their womanhood and eventually each other. The short story was typed by hand on an Eaton Viking Deluxe Typewriter, later digitally scanned and mass reproduced; yet the hand-typed imperfections are a detail that should not go unnoticed. The use of the typewriter is a nod to the surge of women’s liberation during the period of its invention in 1878, while simultaneously suggesting a longer history of inequality, including women’s unpaid labour as secretaries, typists and editors for male writers – usually their husbands.

Two Princesses is the fairy tale I wish existed when I was a child. It is a story that deviates from the usual narrative. These two princesses are not pitted against one another. They do not want for material things. These resourceful princesses do not need a knight in shining armour to save them. They are able to rescue themselves from oppression and find the realm in which the spirit of the Lesbeing resides. The realm where they can be completely free of judgement and fetishization. Writing this story to my younger self helped me come to terms with the development of my queer sexuality.

In order to represent the realm of the Lesbeings, I materialized a new artwork entitled, A Space Where We Can Exist, a virtual love nest created by the Lesbeings. A tent-like structure with a netted exterior and a woven roof; housed inside is the Lesbeing Love Legend, a stack of pamphlets which further informs the desired space for the couple to be who they are: proud and liberated. I see the Lesbeing Love Legend as a seed that can be brought home and propagated by visitors. The material choices for the net (purple fleece and green cotton-poly blend bed sheets) refer back to childhood forts and that sense of playful resourcefulness. The finer net made of gold thread adds a touch of magic to this ethereal force-field. Behind the double layered net, three iconic portraits hang on lengths of semi-transparent white polyester which depict moments of pure bliss and exude unwavering pride. Each banner is showered in a sunflower motif that symbolizes loyalty and longevity; qualities essential to a healthy long distance relationship. In this realm, the scared child wrapped in a blanket receding into their closet becomes an otherworldly being capable of magic. The Lesbeings are powerful but vulnerable creatures that express themselves freely. The net that surrounds and protects its inhabitants acts as a barrier between chaos and serenity, the material world and the infinite realm of the Lesbeings. In a relationship that exceeds many boundaries, be they international borders, hetero-normative constructs, cultural and racial binaries, A Space Where We Can Exist is a reserve for the lovers to retreat into – free of judgment. The piece says a great deal about the nature of our relationship and how sacred our connection is. I needed to let go of the turmoil I felt about my sexuality and make space for infinite states of being to exist without labels. The space I have created embraces the grey area marginalized groups fall into. With elements that blend and weave, each layer influences the next. The net both obstructs and reveals part of the portraits the lie behind it. The overlapping visuals reflect the complexity of navigating the world as a queer femme and reject the common assumption is that one is born straight or gay. A Space Where We Can Exist is unapologetically queer and answers to no one.

A Space Where We Can Exist takes up a fair amount of physical space while being relatively portable and easy to set up/dismantle. It demands a full walk around or a good spin to take in its multi-faceted entity. Intrigued by the pamphlet placed inside the tent, participants usually wonder, “Are we allowed to go inside?” One is invited to engage with the story but the limited space inside the tent and layers of fabric and netting suggest that the space is reserved, not open to visitors. The piece brings up issues of permission and boundaries. It is generous in that it gives the viewer an intimate look at my relationship with a woman; it tells an intimate story of adventure, passion and love but restricts the viewer from occupying our space. Some initial reactions of the piece have compared it to a birdcage, a fitting comparison as it implies the captivity of free spirits. My partner and I being the free-spirited birds trapped in a world dominated by hetero-normative propaganda. Creating this piece was a way of rewriting my personal narrative to include queer love and celebrating the spiritual and emotional connection I have always craved. I want this piece to trigger ideas about limitations – the boxes we close ourselves into. For the majority of my life I sought after a deep, romantic and spiritual connection with a man, disregarding the population of women around me as capable of providing that. I craved the approval of men specifically. When a woman came into my life and started providing the connection I longed for, I realized the need for a man’s affection was a patriarchal device implanted into the media I had been consuming all my life. My piece is an attempt to combat hetero-normative media and inspire people to broaden their horizons about who they look for love in.

I hope my piece inspires people to look beyond the typical fairy tales we grow up with and create their own unique ideas about love. Who will you find love with? Would you turn away from a love that challenges your preconceived notions, or embrace it with open arms? When people interact with my piece, I want them to start questioning the hetero-normative conclusions we unconsciously jump to. Is this idea about love my own? Where did this idea come from? The piece is meant to capture the essence of love felt in a queer relationship and hold space for it – validate it. I want to encourage my audience to open their hearts to love regardless of sex, gender, race and ability. Make your love your own.