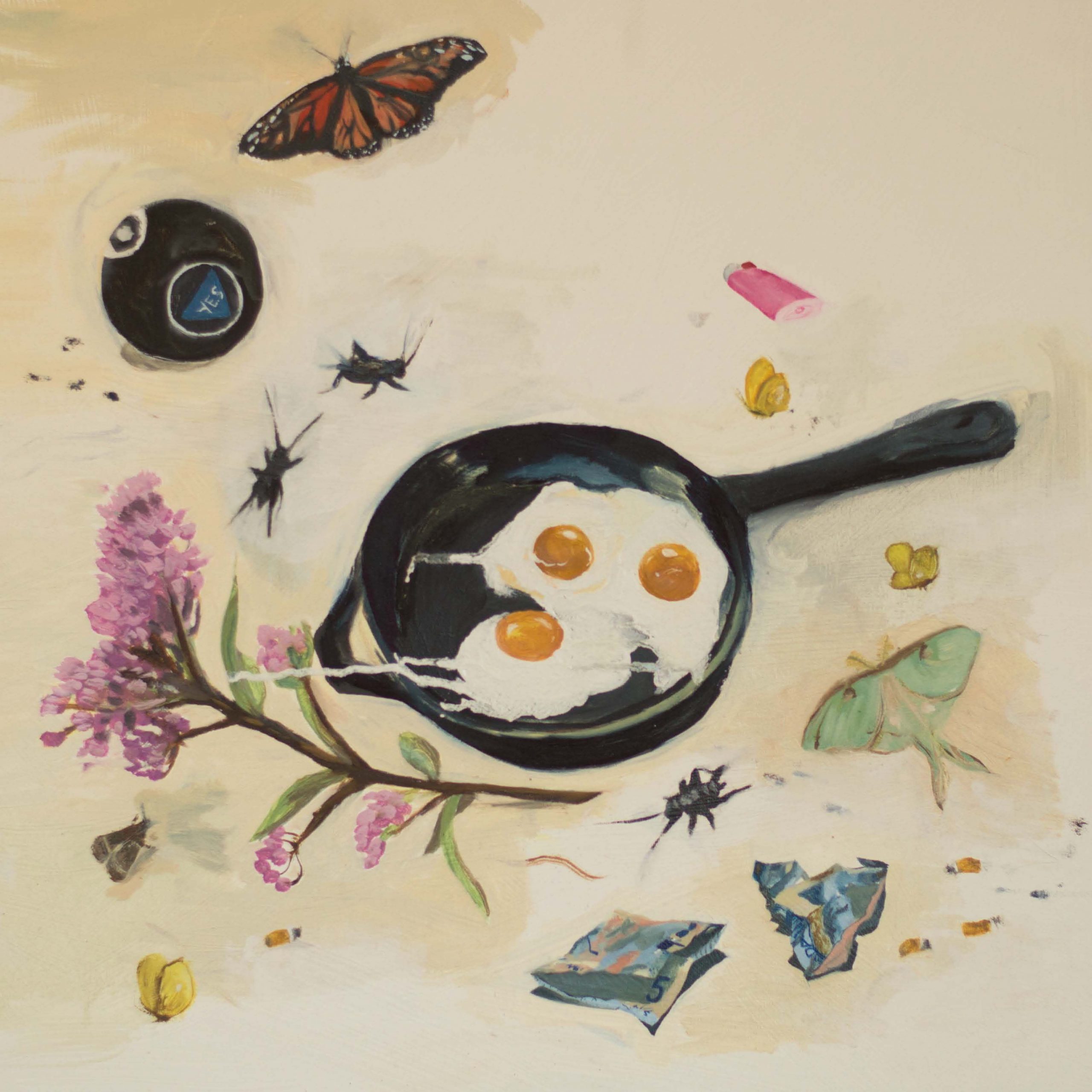 Still life with eggs and money

Something forgotten: objects kicked to the side by a careless foot; what is revealed at the edges of the sidewalk when the snow melts; nostalgia, or longing for something you never had, or had but did not want. Hidden treasure mixed with trash; detritus of memory. The items in these paintings evoke a specific time, place, and series of memories for me—but at the same time they don’t, because by nature our memory slips away. Some of the images that represent a memory might have been added later, and as the only witness to that adaptation, we will still never know the truth. In these paintings, I tried to lovingly paint items that make me feel happy (the bugs, the candy necklace, the flowers, the magic eight ball), as well as items that I feel negative or neutral about; items valued, and items relegated to the garbage. I wanted to celebrate these memory-laden items by placing them in a still life, a place of significance where they might not usually be found. At the same time, I wanted to temper that celebration by depicting the objects strewn on the ground, amidst the bugs and the dirt and the pollution. Our memories are selective, compositional even. In remembering, we pick and choose.

Laura Douglas lives and works in Montreal, QC, where she is pursuing a BFA in Art Education at Concordia University. She previously completed a BA in English and Environment from McGill University (2014). She grew up on the small island community of Wolfe Island, Ontario, surrounded by farmland and water, an environment and experience which informs much of her work. Her work has been displayed in solo and group shows on Wolfe Island, ON, as well as in several venues in Montreal, and has been featured in several online and print publications including Rookie and Scrivener Creative Review.