Yarn Bombing: From Personal Practice to the Classroom

I believe this collective experience was a success because not only did it give the students an insight on public art and contemporary participatory practices, but it also created a sense of pride and group accomplishment. 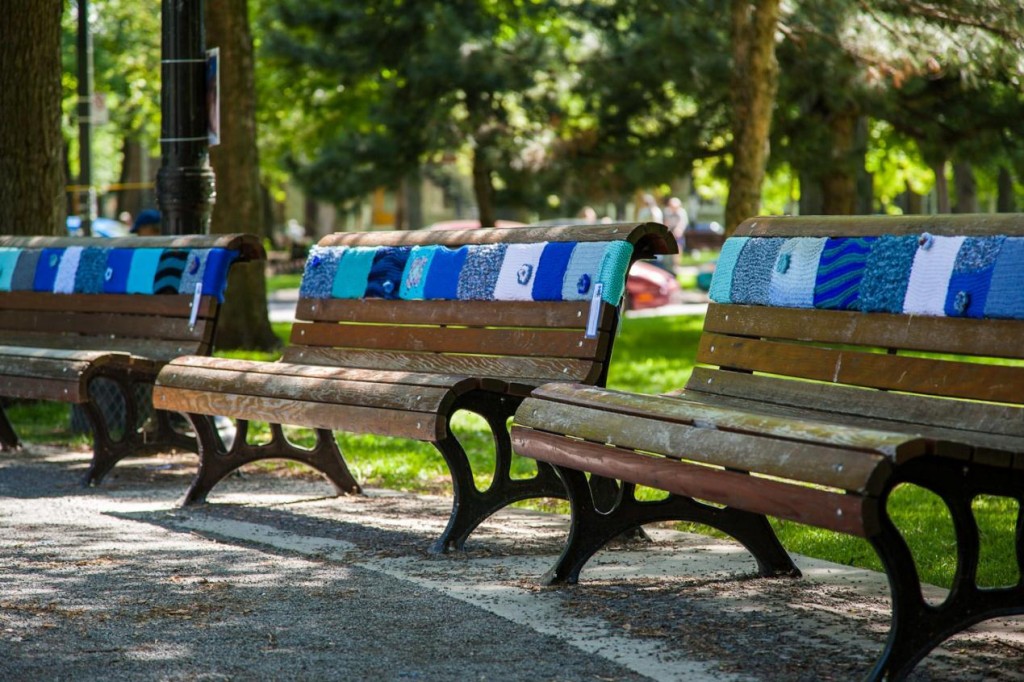 As an artist and crocheter, I was involved in creating a collective yarn bombing installation that took place at Molson Park in Montreal on the International Yarn Bombing Day on June 9, 2012. A collective was formed with members being family, knitters and artists. Together, we had the idea of using yarn bombing as a mean to raise public awareness about autism, autism spectrum disorders and the importance of research. Our goal was to adorn several benches in the park with blue scarves, blue being the color associated with autism awareness.

Six benches were ‘bombed’, creating a soft and colorful backdrop in the park. Molson Park is a lively neighborhood spot in Rosemont, where people have picnics, play bocce ball with friends, walk their dogs or play music. It was an ideal setting for our installation. Each scarf was composed of twelve rectangles knitted or crocheted by members of the collective, using different yarns and shades of blue.  Members were encouraged to be creative, which resulted in added flowers and other decorative elements to their pieces.

We added a laminated tag that had a link to the Autism Speaks website (www.autusmspeaks.ca), reinforcing our objective of raising awareness and emphasizing the importance of research.  We saw many people taking the time to read and engage with the piece during the week before being the piece was removed, taken or lost – a reality of public art installations. 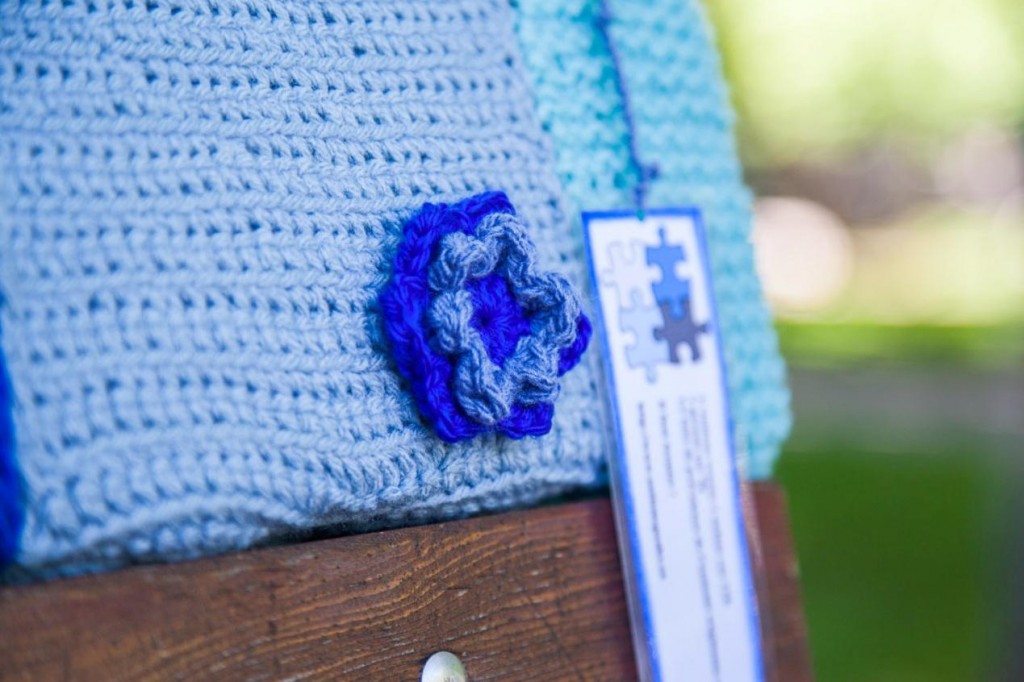 Building on this successful personal experience, I challenged myself to share this undertaking in my internship at Vanguard Elementary School. A class of twelve students, aged between 11 and 13 years of age participated in the project. Like the members of the collective, each student crocheted an individual rectangle. Learners used the cardboard weaving technique, and assembled the pieces first in pairs, than in groups, to form a long collective scarf that was later installed on a tree. The installed piece overlooks the schoolyard and is part of the student’s everyday life.
I believe this collective experience was a success because not only did it give the students an insight on public art and contemporary participatory practices, but it also created a sense of pride and group accomplishment. With plans for relocating the school, teachers intend to use the piece as part of a transitional event, by bringing it to the new school as a colorful reminder of their old school and the time that was spent there. 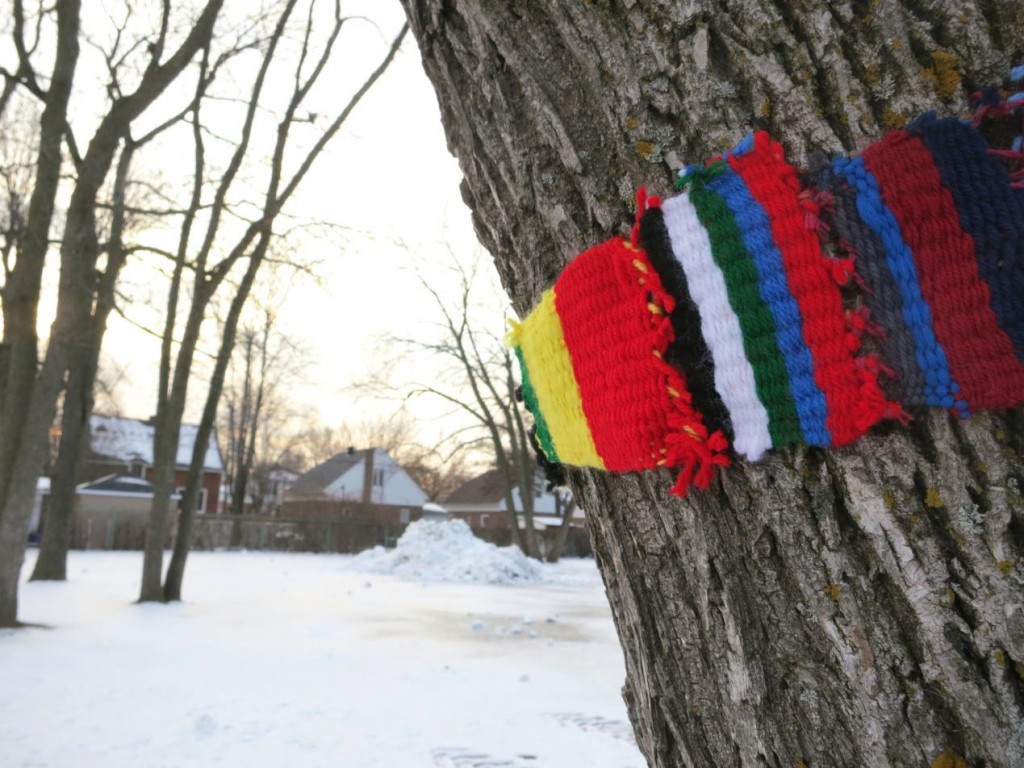 Figure 3. The installed piece is overlooking the schoolyard and is part of the student’s everyday life. On Yarn Bombing

Yarn bombing is an easy, inexpensive, fun and non-destructive means of expression that offers the possibility to explore fiber art, the history of crafts, as well as providing a way to engage students and artists in craftivism (craft+ activism) which are practices that are concerned with social awareness and change.